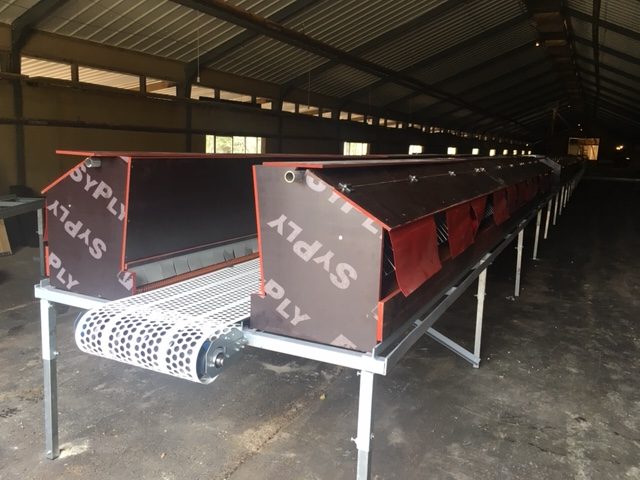 When Mr Simon Dann made the decision to switch to organic egg production on his poultry unit,  he decided that it was also time to modernise the unit.  When the unit originally converted to free range production  the house  had nests installed on the sides with pop holes added underneath the side collection belts. Concerned that his existing system was giving too many hairline cracks to the eggs, the owner decided that the Jansen Nest boxes offered the best solution and opted for a traditional central row of back to back two tier nests with a central egg belt. This also gave him the option to add an automated egg packer to the system.  Jansen UK look forward to working with Mr Dann again on his next project.